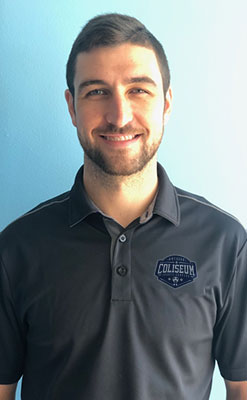 Mike Wasserleben is the General Manager of the Coliseum Sports Complex. Mike graduated from Temple University in 2017 with a Bachelor's Degree in Sport and Recreation Management. After graduation, Mike became the General Manager of The Sportsplex at Warminster for two years before coming aboard with the Coliseum Sports Complex. He currently coaches JV baseball and basketball at William Tennent High School where he graduated in 2013. 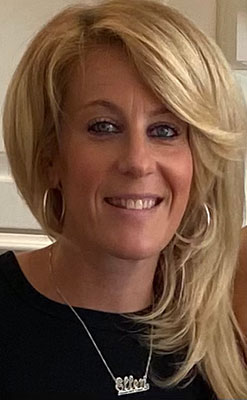 Ellen Vind is the Assistant General Manager /Youth Director of the Coliseum Sports Complex. Ellen graduated from Drexel University in 2005 with a Bachelor’s degree in Marketing. After graduation, Ellen was the Special Event Manager for Drexel University College of Medicine and then worked as the Special Event Manager at For Pete’s Sake Cancer Respite Foundation. Ellen is the mom to three children and in her spare time she loves to stay active and she also enjoys cooking. 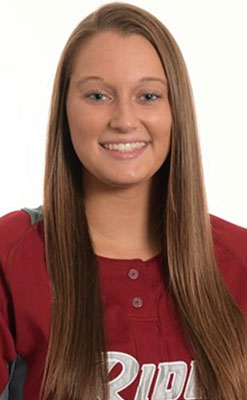 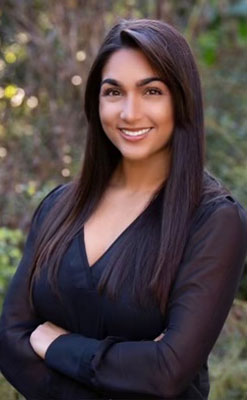 We are pleased to announced Erica Cipolloni as our new Director of Softball Operations at the Coliseum! Erica has years of experience in coaching, as well as being an incredible athlete herself. She is eager to get the Pioneer's softball organization performing at the highest level possible! She will continue to do her private lessons as normal. Erica is originally from NE Philadelphia and graduated High School from Nazareth Academy High School. Her softball number was retired in 2010 and was inducted into the Hall of Fame in 2020. Throughout High School, she played for elite travel ball programs, Team NJ run by Jim Barcelona & NJ Breakers run by former Team USA coach Joe Salvatore. Erica was nationally recruited by ACC, SEC, and BIG 10 programs and followed her sister, Giannina, to the University of Virginia (UVA) as a second baseman on a full athletic scholarship. In 2010, she was 1-42 selected to try out for the USA Softball Junior Women’s National Team in Chula Vista, CA. The player pool was made up of athletes that have been identified by WNTSC as an elite softball player in the appropriate age group. Please email Erica if you have questions about lessons or our softball program! 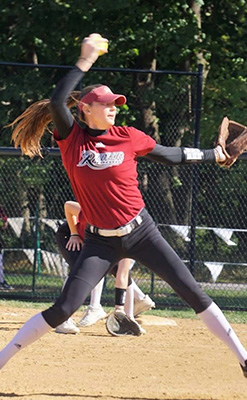 Emily Oltman played for Delco Chaos Gold and Perkiomen Valley in High School. She then continued on to play college softball at Rider University. At PV she was a four-year letterwinner with 440 career strikeouts in 416.2 innings, 2 Time First Team All-Conference, 2 Time All Area First Team, Player of the Week Award and 2 Time Honorable Mention All-State. She was also a three-year varsity letterwinner for volleyball as a middle hitter in high school. At Rider she made a team-high 31 appearances and 17 starts in the circle as a Freshman. As a sophomore made 27 appearances in the circle, including 21 starts, struck out a team-high 91 batters in 103.1 innings pitched. Appeared in 18 games and was a MAAC All-Academic team honoree as a junior. She graduated in 2020 where her season was cut short due to COVID.

Mark Jackson had a highly successful career as a head collegiate baseball coach achieving a winning percentage of .700 and an overall record of 762-362. During his 24 years as a head coach his teams accomplished the following; won 13 league championships, two Big East titles, advanced to the World Series 6 times (finishing third twice), ranked in the top 30 programs in the nation 11 times (7 top 10 rankings) and set national winning streak records of 37 and 41 games. His career began as a teacher and the head varsity coach at Malvern Prep where his teams won two Inter-Ac titles in three seasons with an overall 56-14 record. Most of his college coaching was in Pittsburgh directing the Point Park University program (12 years) and the University of Pittsburgh team (7 years). While at Pitt his teams won the only two Big East Championships in school history. Coach Jackson has been giving lessons to players of all ages in all areas of the game throughout his career. The lessons place a strong emphasis on simplified mechanics and he provides drills to improve performance. Jackson also helps players with a game plan to identify and maximize their strengths in a game. There is also an emphasis on a positive mental approach to enhance confidence and concentration in order to improve game performance. Jackson received his Master’s from Temple University in Sport Psychology 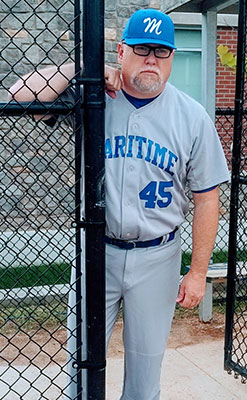 Kevin Scholla has been coaching baseball since 1994 and is currently: 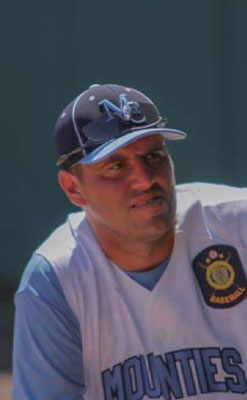 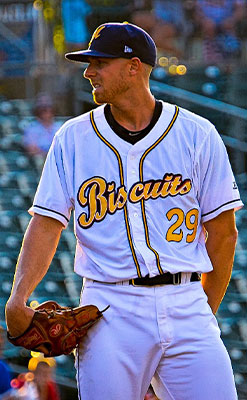 Chris is a native of Newtown Square, PA and attended Marple Newtown High School, where he was a First team All-Delco and First Team All Southeastern PA selection as well as the 2010 Delaware County Cakey Dougherty Award Winner. He played 2 years at Lackawanna College where in his sophomore season compiled a record of 10-1 with a 1.80 era, 101 strikeouts while scattering 38 hits in 70 innings. At Lackawanna, he was a first team All-Region XIX selection, elected as that region’s player of the year. He was also a First Team All-American and a NJCAA Pitcher of the week after throwing a No-Hitter. He was a 3x MLB amateur draft selection. Pittsburgh Pirates in 2010 (13th Rd.), St, Louis Cardinals in 2011 (21st Rd.), and Tampa Bay Rays in 2012 (14th Rd.) He played 7 years in the Tampa Bay Rays Organization where he made it all the way to Double-A before injuries derailed his career. Over that span, he compiled a record of 32-28 with a career era of 3.45 while being elected a 2x All-Star and 2x Pitcher of the week.

Erica Cipolloni is originally from NE Philadelphia and graduated HS from Nazareth Academy High School. Her softball number was retired in 2010 and was inducted into the Hall of Fame in 2020. Throughout high school, she played for elite travel ball programs, Team NJ run by Jim Barcelona and NJ Breakers run by former Team USA coach Joe Salvatore. Erica was nationally recruited by ACC, SEC, and BIG 10 programs and followed her sister, Giannina, to the University of Virginia (UVA) as a second baseman on a full athletic scholarship. In 2010, she was 1-42 selected to try out for the USA Softball Junior Women’s National Team in Chula Vista, CA. The player pool was made up of athletes that have been identified by WNTSC as an elite softball player in the appropriate age group. 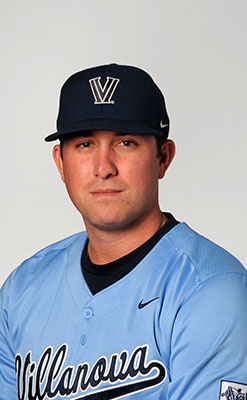 Eddie Brown is in his sixth year at Villanova University, serving as Assistant Baseball Coach. 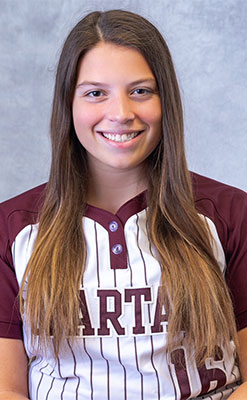 Paige Toothaker played at St. Thomas Aquinas College as a left-handed pitcher where she contributed to the best season in program history during her senior year with 18 appearances and a 1.93 ERA, leading the team to the ECC championship game in 2021. She received Pitcher of the Week, All-Conference honors and was a member of the Student-Athlete Advisory Committee. Prior to college, Paige played for the Concord Raiders Softball Organization in Concord, Massachusetts. In 2017, at Oakmont Regional High School, Paige led the team to its first ever undefeated season as team captain. She finished the year with a 22-1 record, recorded a 0.58 ERA with 203 strikeouts, batted .338, and received the league MVP award.

Paige has prior experience as a 14U travel ball coach with the Raiders and leads group practices, along with individual pitching, hitting, and fielding lessons.

Currently, Paige is a graduate student at the Institute for Graduate Clinical Psychology at Widener University. 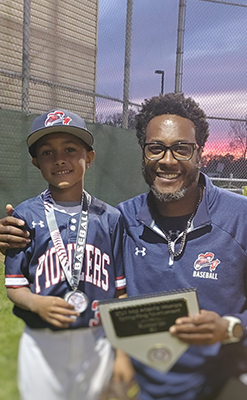 Garry Maddox II has over 40 years of baseball experience. Being the son of Former Phillies Center Fielder and 8-time Gold glove winner Garry Maddox, he has been around baseball his entire life. Currently the 9U Pioneers head coach and 9U Whitemarsh Little Travel Team Head Coach Garry has a passion for teaching the fundamentals of baseball to all aspiring baseball players.

In his first year as a professional he was elected to the All-star team and helped the High Desert Mavericks win the Single A California League Championship. Garry played minor league baseball for 8 years with the Philadelphia Phillies, Boston Red Sox and Arizona Diamondbacks. He also spent several years playing in Mexico and Venezuela. Throughout his baseball career Garry worked at the All American Baseball Academy in Horsham where he developed his teaching skills.

His two children inspired him to pick up the passion again helping to coach softball and baseball where he resides today in Lafayette Hill. 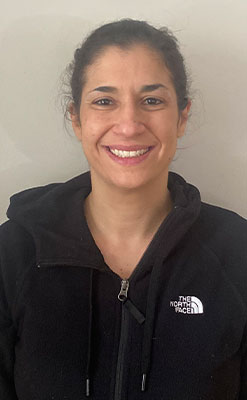 Stephanie Aurello played at Mount Saint Joseph’s Academy in Flourtown as a four year varsity starter, on the softball field Stephanie’s positions included catcher as well as third baseman. She also played soccer and basketball throughout her high school career.

Stephaine went on to coach her alma mater during grad school then moved on to coach varsity softball at Germantown Friends School where her team had their first undefeated season followed up with their first championship. While at GFS Stephanie also coached middle school soccer and basketball while an assistant 5th grade teacher. Stephanie graduated from Drexel University in 2011 with her masters in Sport Management and has continued playing rec league softball and flag football in local leagues 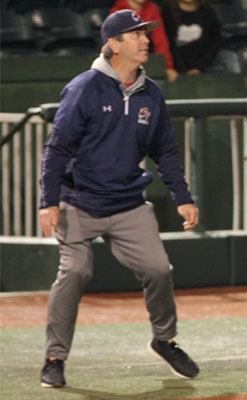 Kyle began his coaching career at the youth level when he coached the teams of his two sons, who are currently in the Pioneers program, one on the flagship 12U team and the other that is on the 2022 11U team. In November of 2021, Kyle went to Texas and obtained his hitting certification at Epstein Hitting, where he reaffirmed his desire to help all players gain confidence and learn how to hit. Jake Epstein is the son of former MLB player Mike Epstein, Jakes father spent over 10 years visiting with Ted Williams learning and trading physical and mental hitting techniques. Jake has served as a hitting consultant for the University of Missouri and continues serve as a consultant to the Milwaukee Brewers Organization. The success of Epstein Hitting is attributed to identifying the swing faults and having a program to fix those faults for good.

Kyle has been around the game for as long as he can remember. He played youth baseball in the small town of Shrewsbury, New Jersey, much like the town of Conshohocken. He had no specialized training, trusting his Little League coaches on the way to his high school career. Being the younger brother of the family, he was able to watch his older brother to become better and better. He played for Red Bank Catholic in Red Bank, NJ, and was voted a captain his senior year. He was an integral part of the program's first and only state title when they won the NJSIAA Parochial B championship in 1997. His team solidified a program that was committed to trying to be the best and is now perennially one of the top teams in NJ.

Since then his old junior teammate Buddy Hausmann has been the head coach of a program that regularly produces Division I talent and MLB draft picks.

Kyle has a lot of tools in his arsenal to teach any hitter, baseball or softball, who has the desire to take his or her skills to the next level. His focus is to deliver lessons with a full desire to make athletes into quality hitters based on the program that Jake has provided and resources to identify swing faults and reinforce the correct movements through drills.